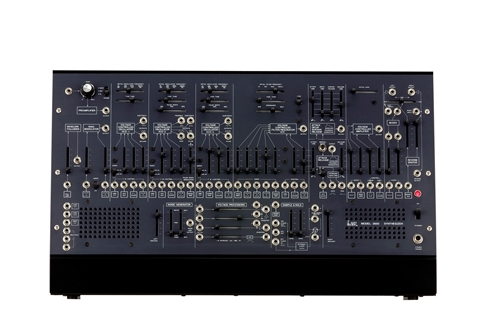 The ARP 2600 is arguably the most iconic and recognizable synthesizer of all time. Having been used in countless records, film scores, TV shows and game soundtracks since its appearance from the 70’s through to today, the ARP 2600’s sound remains an essential part of the music world.

The new ARP 2600 M delivers the sound admired around the world, in a more compact and portable format and including added features that make it the ideal incarnation of this historic synth.

When the ARP 2600 FS was announced in January 2020, it quickly became a phenomenal success with musicians all over the world recognizing the faithfulness to the original ARP 2600. (link to the ARP 2600 FS page)

The ARP 2600 M is around 60% the original size, making it lighter, more portable and easier to place and use in a studio. It integrates the same analog circuitry and components as the ARP 2600 FS, thus faithfully reproducing the characteristic ARP sound.

Proudly Designed and Made in Japan

The ARP 2600 M is built in Japan with the same care and extraordinary quality standard as the ARP 2600 FS, and uses the same analog components to  accurately reproduce the sound and feel of the original.

The Spring Reverb has been re-engineered and adapted to the new size body to  the same lush effect.

The ARP 2600 M comes with a dedicated Carry Case that not only protects your instrument, but also makes it easier to transport,  thanks to its custom casters with special anti-shock damping technology.

There is also enough space to carry other gear together, like your favourite volca, SQ-64 or MIDI controller!

A must-have in the studio

It is not by chance that the ARP 2600 has been so extremely popular to this day.

More than a synthesizer, the ARP 2600 M is a complete sound design studio. Even today, the ARP 2600 stands as a bridge between the individual elements of modular synthesis and the immediacy of a production / performance instrument. Included are an ample supply of oscillators, envelopes, a filter and amplifier – all of the building blocks of analog synthesis. But the ARP 2600 M goes even further, with a spring reverb tank and even a pair of built in monitor speakers. Also present is much of the versatility of a vintage modular system, including a ring modulation, lag and voltage processors, an envelope follower, audio preamp, a clock-able switch, noise source, a sample-and-hold module, signal inverters, an auxiliary mixer, and even a set of parallel-wired/multi jacks.

The new ARP 2600 M is not only faithful to the original, it also includes an array of added features that will make it even easier to use:

Celebrating the rebirth of this iconic synth, a limited number of the instruments  will come with a special color road case, as well as  a KORG microKEY2-37 so you can start playing right away! Applies subject to availability.